Food Security in the Desert 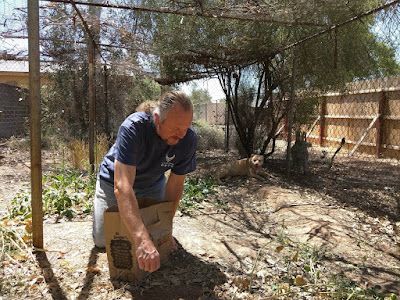 I attended the Sustainable Tucson meeting on "Food Resilience in 2016 — Learning to Adapt, Survive, & Thrive in the 21st Century." I was shocked to hear that about 96 percent* of Tucson’s food comes from other places. What?! What about all that agriculture that is using up 74 percent of our water? Colorado River water is transported over 300 miles to reach farms in Arizona.

I decided to do some quick fact checking. I called the big grocery stores in my area. I asked produce managers if they had any local produce (clarifying that I meant from Arizona.) Keep in mind that it depends on the season.  When I called Whole Foods, they had tomatoes from Wilcox. Fry's had lettuce, cauliflower, broccoli, and oranges from Yuma and Payson. Sprouts (my neighborhood store) had melons, heirloom and organic tomatoes and hydroponic sprouts. Food City didn’t have any produce grown in Arizona; it all came from California and Mexico. There wasn't much local produce to be found at my neighborhood supermarkets.

Julie Murphree from the Arizona Farm Bureau said that most of our greens come from Yuma, Pinal and Maricopa County. She guesstimated that 80 percent of our produce is exported.
According to the AZDA Guide to Arizona Agriculture: The state ranks second in production of lettuce and spinach in the country. Yuma farmers annually produce enough iceberg lettuce for every man, woman and child in the United States, Canada and Mexico to have their very own head of Yuma-grown lettuce. And there would still be nearly 90 million heads of lettuce to send to other countries in the world. 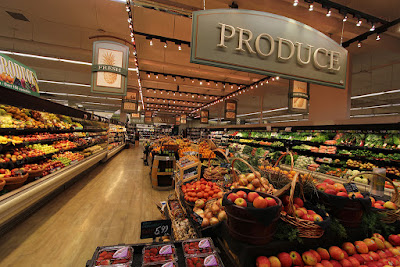 If only 4 percent* of our food comes from Arizona, where are we getting our food? Thirty-five percent of Tucson’s produce comes from Mexico. It is an understatement to say that our food system is inefficient. The people in Sonora can’t afford to eat any of the produce they grow, yet thousands of pounds of produce is dumped into landfills after arriving in Arizona. Part of that is damaged during transport, but another 120 thousand pounds may be dumped when prices go down in Florida. (Borderlands Foodbank of Nogales has taken on that challenge. The non-profit organization saves 30-40 million pounds of produce annually and distributes it to families in 20 U.S. states. At Market on the Move you can get 60 lbs. of produce - that would otherwise end up in a landfill - for $10!)

While much of our produce comes from Mexico and California, food is also shipped across our country or even the world. Imagine how much energy is expended just transporting food to Tucson (not to mention the energy used to manufacture the packaging.)

Besides the environmental impact of transporting our food, there is the question of food security. As resources continue to diminish, we won’t be able to keep this up. What would happen if we were cut off from the food superhighway? Big grocery chains only keep 2-5 days’ worth of food in their stores and warehouses. Most households have less than two weeks of food in their pantries. There are no protections if this system shuts down. 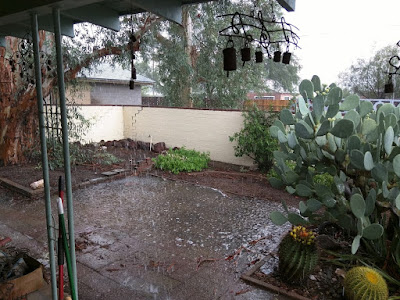 Fortunately, the solution is in the problem. We can cut down on our water use by transitioning to desert landscaping and by watering our plants with rainwater redirected from our roofs! Brad Lancaster of Desert Harvesters and the Watershed Management Group teach Tucsonans how to replenish our aquifers and rivers by harvesting rainwater! Tucson Water even offers rebates to encourage rainwater harvesting! Some city officials are starting to catch on too. Outside of the new municipal buildings green infrastructure including curb cuts have been incorporated to use street water to irrigate roadside trees.

Of course, to be self-sufficient, we need water to grow food. At Watershed Management Group’s workshops, you can learn how to harvest rainwater for your gardens or greywater from your washing machine and sink to irrigate your fruit trees.
WMG has worked with the Community Food Bank and several schools to capture rainwater for their gardens. 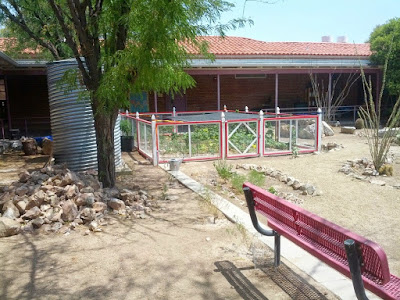 Led by visionary educators like Moses Thompson of Manzo Elementary and Oscar Medina and Luis Perales of ChangeMaker High school, students are taught practical science by growing crops to feed fellow students and their families. Students also learn valuable business skills by selling extra produce at farmers markets. One thing that TUSD is doing right, is that they are purchasing food from local farmers and allowing school cafeterias to serve the produce that is grown in their gardens.

We need to pull together as a community and take care of our neighbors by:

2) Growing our own food 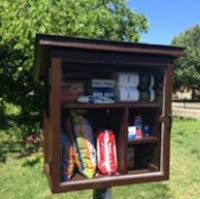 Note: many areas of Tucson have plenty of calcium in their soil so they don't need more from egg shells.
9) Eating a (mostly) plant-based diet or sustainably produced beef
The area needed for animals to graze and grow feed is huge. It takes up about 80% of all agricultural land. Researchers found that the switch to plant-based diets would reduce annual agricultural production emissions by 61%. Additionally, converting former cropland and pastures to their natural state would remove another 98.3 billion tons of carbon dioxide from the atmosphere by the end of the century.

The rapid growth of animal agriculture is the leading cause of deforestation. Up to 70% of the Amazon Rainforest has already been destroyed and is now occupied by pastures and feed crops. One of the main crops grown in the rainforest is soybeans used specifically for animal feed.

However, there may be a solution...
A 2018 study by researchers in Michigan and Washington, D.C., entitled "Impacts of soil carbon sequestration on life cycle greenhouse gas emissions in Midwestern USA beef finishing systems," showed that intensive, rotational grazing could offset greenhouse gas emission through carbon sequestration that will result to a carbon sink. The researchers noted that grasslands could become highly efficient carbon sequesters that can be maximized using management practices for livestock grazing.
You can help by:
By making these positive changes at our homes and neighborhoods, we can show our governing officials how we can be more self-sufficient by maintaining our own ground water and food supply (rather than transporting so much from far off states and countries).

The Community Food Bank collaborates with organizations like P.O.W.W.O.W. and hosts a community garden and desert gardening classes.

We need to support organizations like the Community Food Bank and advocate for easier ways for those who are food insecure to access the help they need.

But mostly we need to advocate for a living wage so people can afford healthy food.

So… what are Dan and I doing in the way of food and water sustainability? A while ago we began composting and we started a desert garden (experimenting with durable heritage plants.) I began with simple water harvesting by digging up a few bricks that blocked water from flowing to our Mexican Honeysuckle. Then Dan removed gravel and dug a street side catchment basins to water drought tolerant, fast growing and super nutritious moringa. We planted edible native trees in our front yard basin. We also planted jujubes in a basin watered by runoff from our roof. We harvest fruit and pads of our spineless prickly pear. We finally adapted the plumbing on our outdoor washing machine to irrigate some drought tolerant heritage pomegranate and fig trees. We installed two big cisterns to water our backyard garden. A kind neighbor offered to let us collect the run-off water from his huge roof. for the garden too! It’s all a process.

We'd like to build a chicken coop near that garden and a green house. Dan dreams of installing a composting toilet. We'd also like to start a neighborhood association with the idea of having a neighborhood garden and sharing our own produce at neighborhood potlucks or a produce exchange. 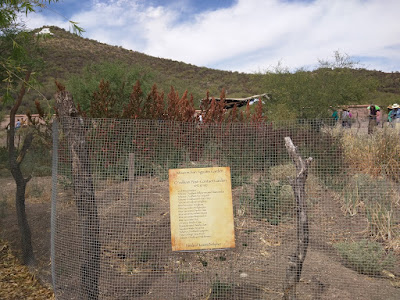 There is so much inspirational work being done around Tucson. The Tohono O’odham are teaching volunteers at the Mission Garden to use their ancient dry desert farming techniques and how to grow sturdy heritage crops. Tucson was the first city in the United States to be recognized as a UNESCO World City of Gastronomy. “The Tucson Basin deserves this honor not only for having some of the oldest continually farmed landscapes in North America, but also for emerging as a global hotbed for ideas on relocalizing food economies and growing food in a hotter, drier climate,” says Gary Paul Nabhan, an ethnobotanist and professor at the University of Arizona’s Southwest Center. “From food banks, seed libraries, and farmers’ markets, to community gardens, community kitchens, and literary luminaries writing on food and culture, we are serving as a nursery grounds for new innovations, not merely for preserving our food heritage.”