It was a dark and stormy night...December 22, 2017.
With only a sheet tucked around their trunks for warmth,
my beloved moringas were struck by the SUDDEN FREEZE. 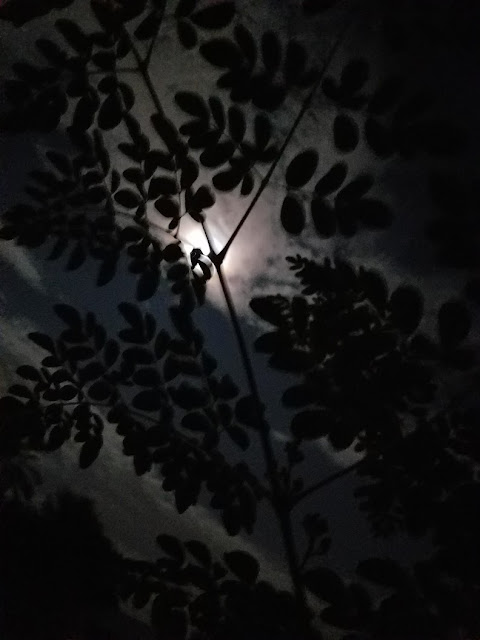 I woke in the morning to this sight. 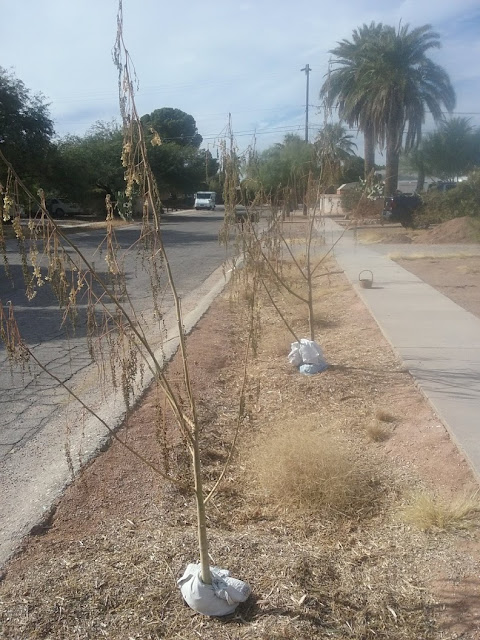 Just days before we had discovered that our drought tolerant moringas had grown another foot since they had stopped being watering by the monsoon rains.  Bees buzzed around the blooming flowers. The pods would soon be big enough to eat. Life was good. 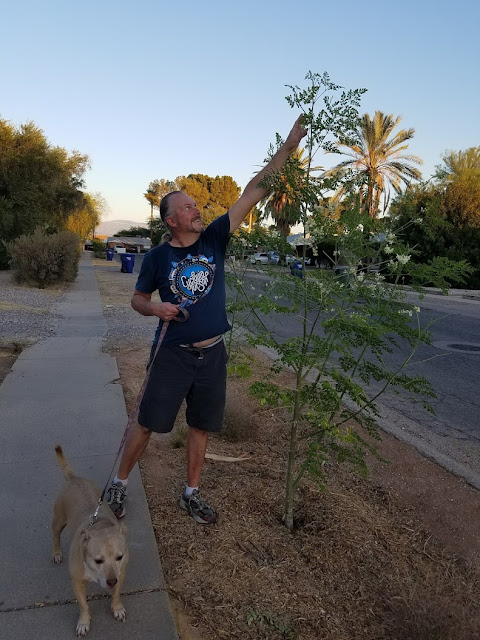 After the freeze, I shared my disappointment with sympathetic followers who responded with kind words. Some commented that the moringas might return if the roots were still alive. I held onto that hope. That was my one consolation.
That, and harvesting leaves for tea. 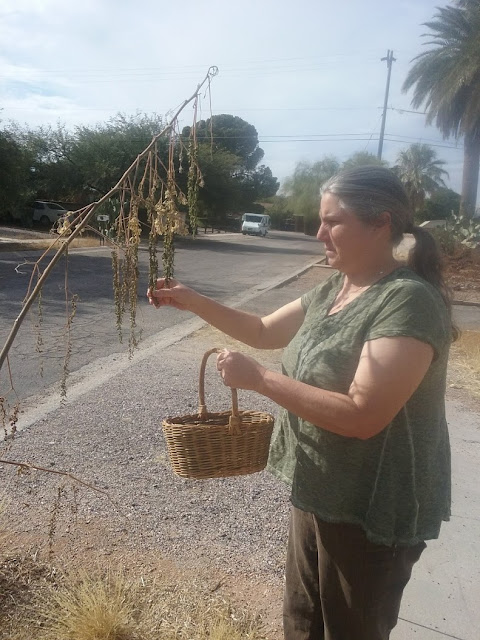 Some of them had grey sections from mold and sap seeping out of them, but there was still an inch of green at the bottom of each plant.
(Thanks to the sheet I wrapped around them?) 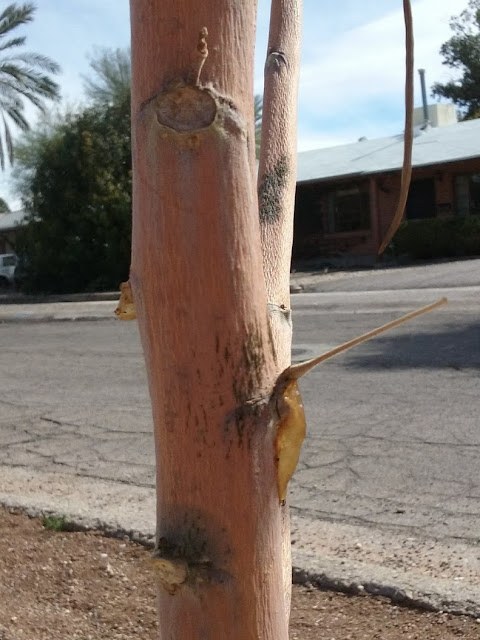 In my earlier research I read that to have full bushy plants you can harvest easier (rather than long willowy ones), you need to top them after they reach 2-3 feet tall.  But I never could bring myself to do that to my baby moringas.

The freeze finally forced us to cut them back.

The mulch in the basin had started to decline, so Dan cut the branches and trunks into wood chips and left it around the stumps.
This is what Brad Lancaster calls "chop and drop."
Dan watered the mulch. That mulch retains the moisture longer and as the wood chips break down it nourishes the soil too.


Trees love their own clippings! 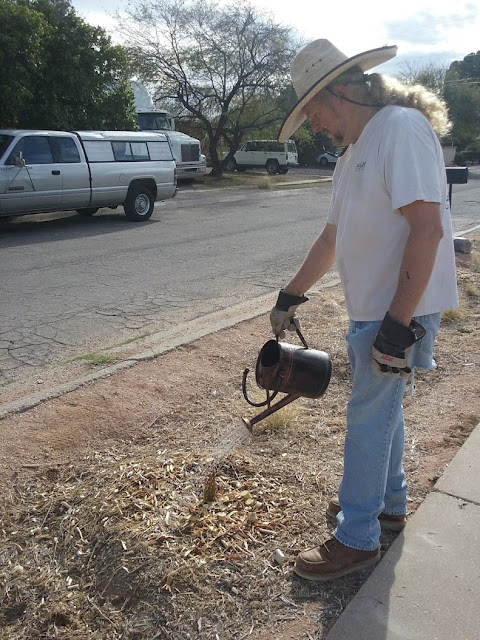 It was Spring, so we started watering it (one can) every evening to see if we could get our moringas to come back.

We noticed the first branch sprouting on March 17th
(despite grey mold on the upper part of the trunk.) 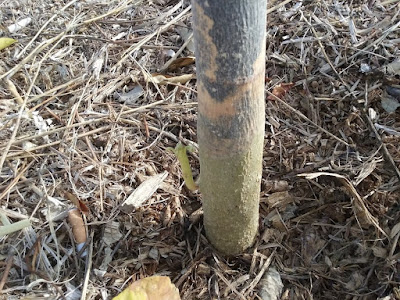 By April 1st, there were signs of growth on a second stump...


And a second branch started sprouting out of the first plant! 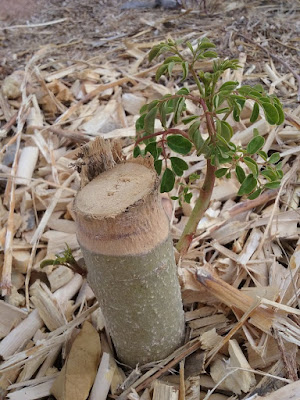 It's cool how the leaves grow over the stump. 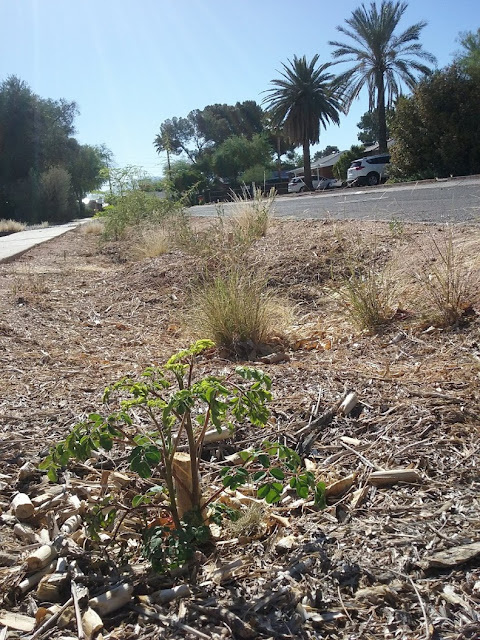 So 3 of our 4 moringas survived the freeze.
One little, two little, three little moringa!

We're afraid this one isn't coming back, but who knows?

I was ra...ra...wrong. That "dead" moringa finally did come back!

Last year, the moringas froze before the pods were big enough to eat or to collect the seeds. We should have planted them before June 7th. This year's moringas already have a jump on them!

Planting monsoons and moringas in our street-side basin


Mucho Munchable Moringas
Posted by Jana Segal at 11:56 AM