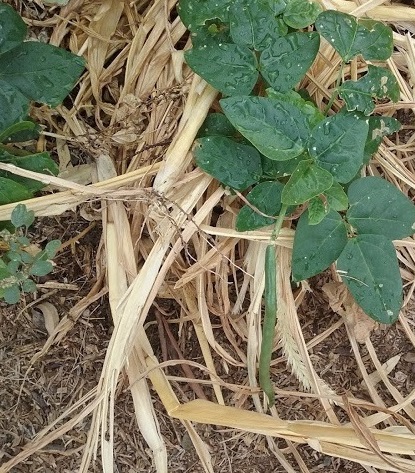 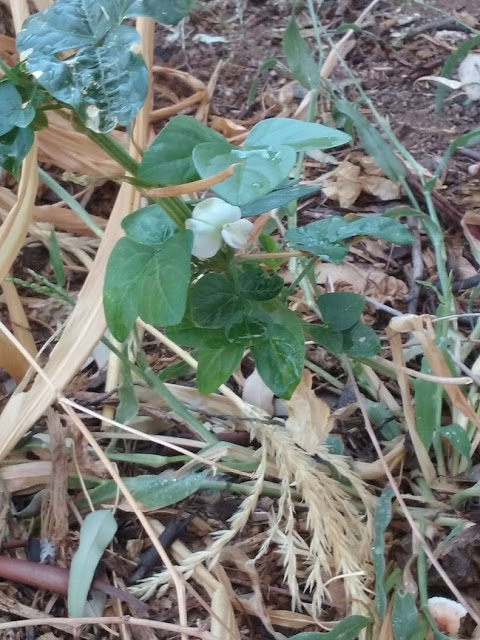 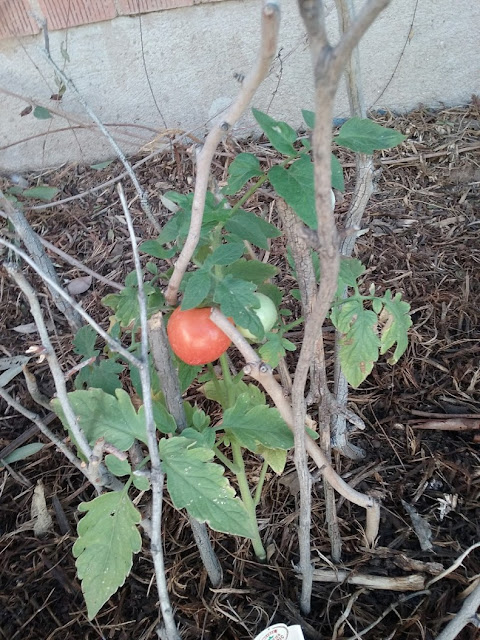 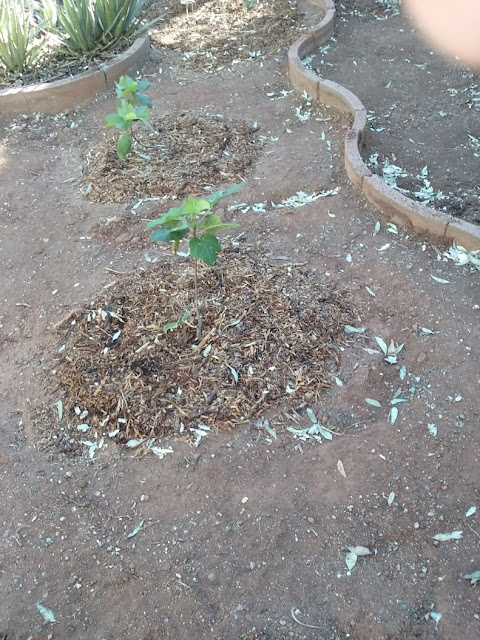 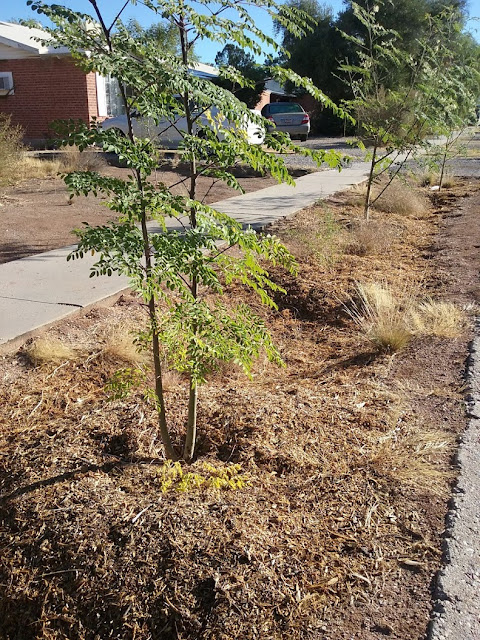 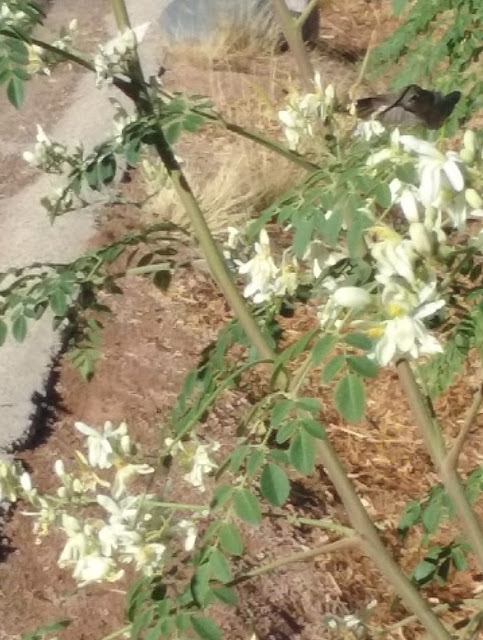 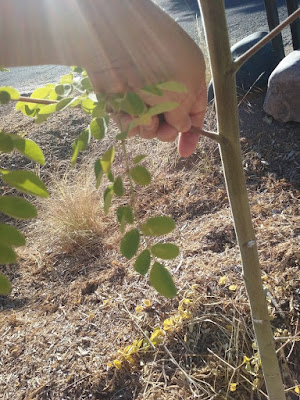 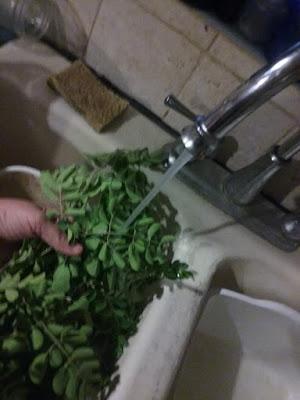 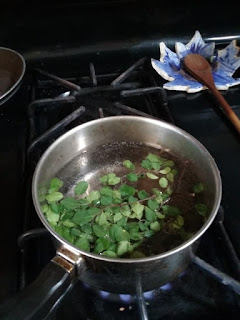 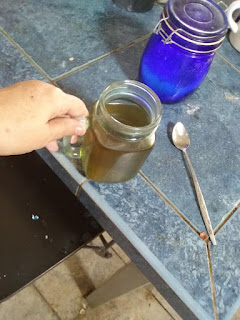 Posted by Jana Segal at 4:57 PM No comments: 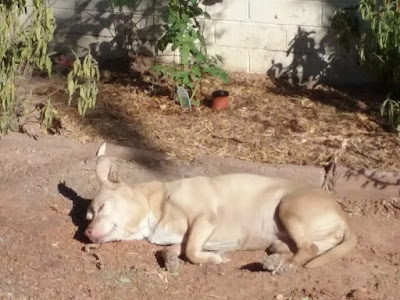 Woke up to the smell of rain this morning. Or so I thought. Outside I found the ground bone dry. Still… it smelled like hope to me. And I need a little hope these days.

Lately I’m not getting up as many blogs as I would like. Too many days have gotten away from me as I got sucked into the “black void” of following the damaging acts of our government for Desktop Activist Tucson. With all that is going on in the world, it’s hard to find time or the rationale for the more joyful pursuits like blogging or writing my screenplay. 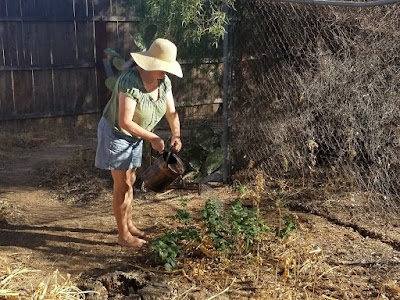 My one solace is tending our little garden and watching what we planted grow.  It gives me a chance to watch the butterflies and bees (there still are some!) pollinating our moringas, listen to the sound of birds singing and children at play.  Or, like Pooh above, just bask in the morning sun and autumn breezes. Ahh…Autumn.

I need that. It’s been a long, hard summer. 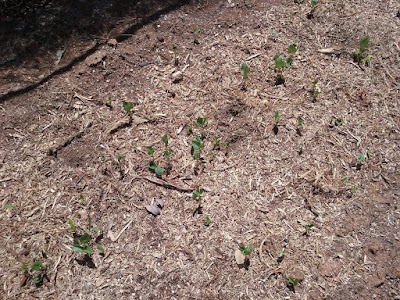 We tried an experiment. Inspired by the rich natural soil in the alleyway (nourished by decomposing weeds and some native trees), we decided to plant a 3 Sisters Garden with drought-tolerant heritage seeds. The object was to see how our garden would fare on just our monsoon rain and some palo verde mulch to hold in the moisture. 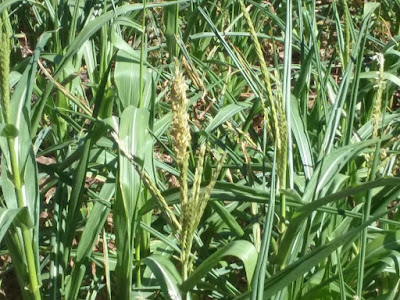 Unlike last year, we actually got some nice monsoon showers this summer. Every morning I happily recorded the growth in our heritage garden. While the Tohono O’odham 60 Day Corn didn’t “grow as high as an elephant’s eye,” it did grow up past my knee. It even started to sprout some seeds.

Then...the rains stopped. And it got scorching hot. It was unseasonably hot and dry. 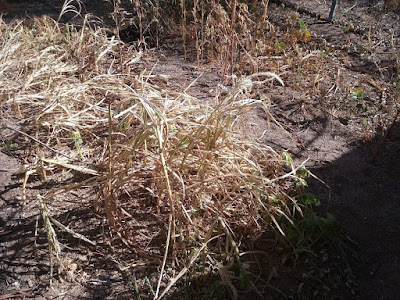 I was completely disheartened when someone or something stomped through our garden knocking down the corn. 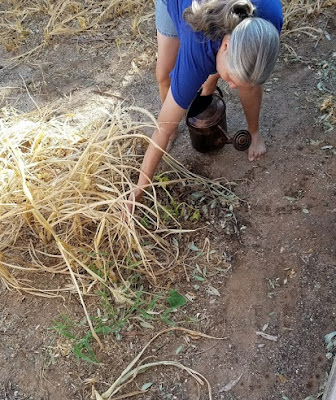 But amidst the bent, dried stalks, there were a few patches of green - signs of life in the desert!  The cowpea plants we got from our local seed library had survived! A friendly gardener encouraged me, “I think it’s time you watered them. They deserve it for hanging in there. They are survivors.”

So I started lugging my watering can out behind the back fence to water them. Those sun scorched, insect ravaged plants sprouted new leaves and then I spotted - the first white flower! 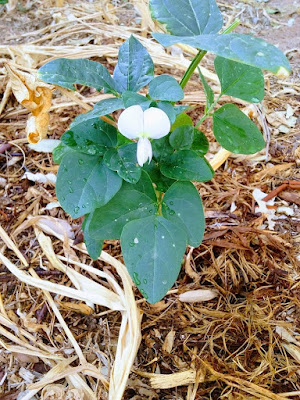 It was wonderful to see something growing amongst all the devastation. (OK. I’m getting a little dramatic here.) But this was just the reminder that I needed to make more of an effort to find a balance in my life - between fighting environment assaults and doing things that enrich my soul. I finally found the heart to work on my love project again. 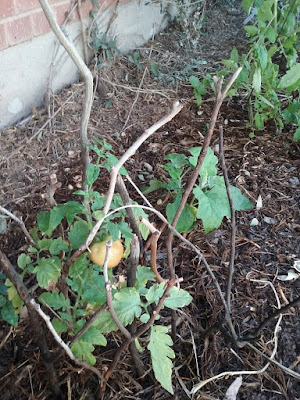 Grateful to be catching a little morning solace, I breathe in the autumn breeze and survey my garden. In the kitchen garden, a tomato is showing its autumn colors. As I fill the clay olla by the cherry tomato plant bees buzz overhead - a welcome sign that the tiny yellow flowers will be pollinated. Closer inspection uncovers two new tomatoes!  A glimpse of hope. 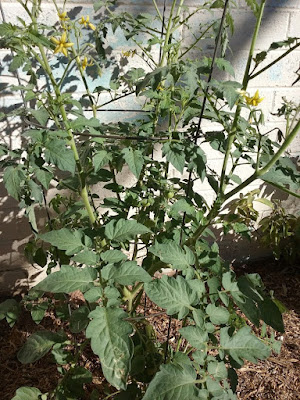 Another benefit of working in the garden:


Antidepressant Microbes In Soil: How Dirt Makes You Happy

Posted by Jana Segal at 4:19 PM No comments:

Email ThisBlogThis!Share to TwitterShare to FacebookShare to Pinterest
Labels: 3 Sisters, 3 Sisters Garden, Autumn, cowpeas, dealing with stress, desert gardening, Gardening, Morning Solace, tomatoes
Newer Posts Older Posts Home
Subscribe to: Posts (Atom)
Our musings on the steps we are taking to transform our convenient consumer lifestyle into a more sustainable lifestyle - by incorporating sustainable practices and habits into our everyday life that protect our land and conserve our precious water supply.