Before and After the Rain

Last night we celebrated the long awaited rain by taking a lot of pictures. 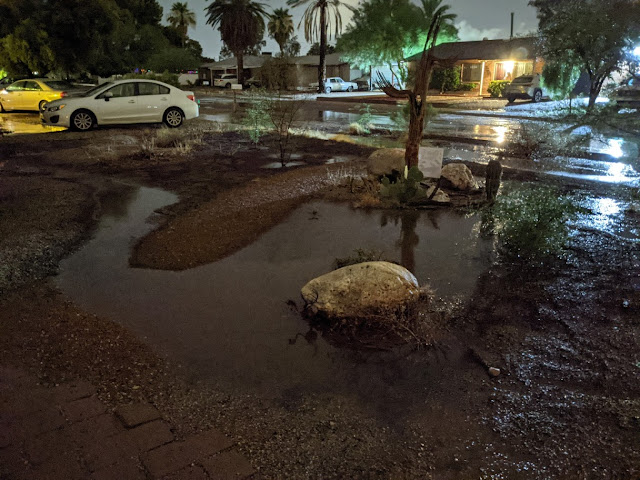 There is always some preparation for monsoon season: clearing debris from the gutters to the cistern, adding more mulch to basins, and  making sure that nothing is obstructing the earthwork channels that direct water to the hummingbird trumpets.

But this year we have had to deal with the effect of extreme heat followed by flooding on our landscape. A couple weeks ago, a "Tree Stress" alert was issued. We were encouraged to deep water all our trees to survive the excessive heat. Dan was shocked by how much water we used.

That was followed by a "Flash Flood" warning. And down it came with a fury!

One thing I learned was that I could have held off on deep watering my native trees. I also learned that every drop of water is precious!

Luckily Dan had already installed a small cistern to harvest the water from our generous neighbor's roof. Thanks, Dave!  . 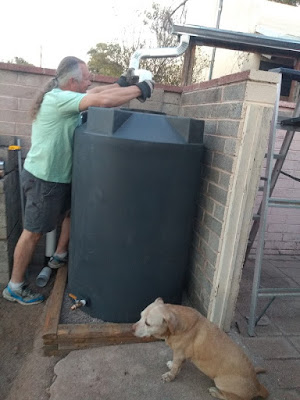 It was a delight to see it working well. 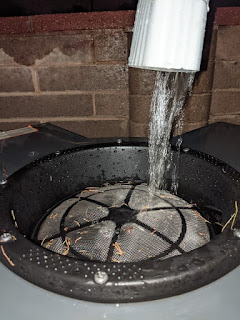 Dan tried to get in another cistern before last night's storm. But he only managed to get in the gutters before the downpour started. 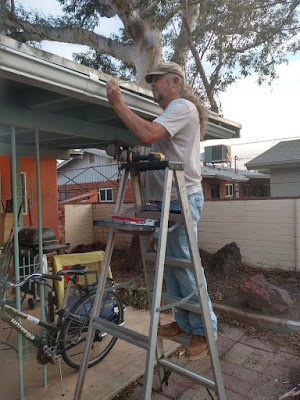 So he grabbed every bucket and pan he could find to catch the water rushing from the downspout. 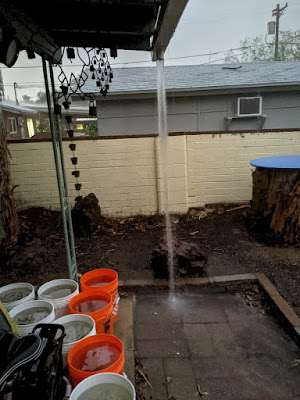 This was quite the gully washer! Our new cistern and the blue water barrels filled up.  It filled up our greywater basin... 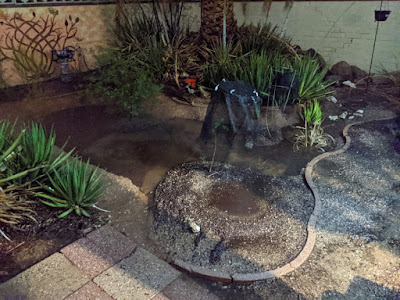 Our right of way basin was quickly filling up... 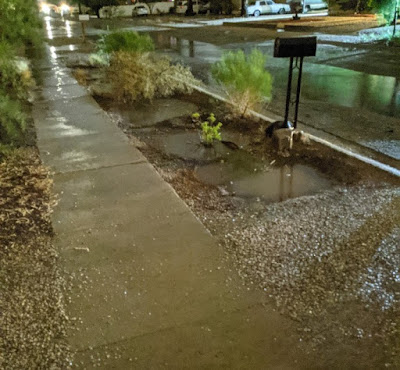 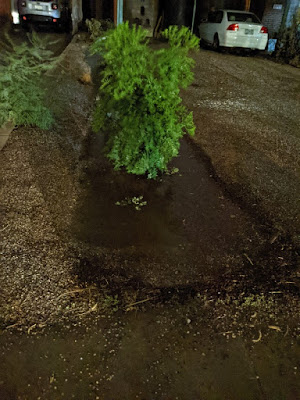 No worry about mosquitoes... The water in all the basins sunk in beautifully (as planned) by morning! 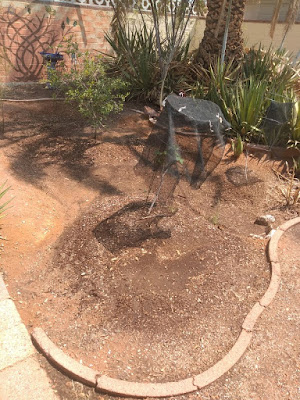 After seeing the effects of extreme heat on our plants, we learned that every drop of water counts.  I've gotten in the habit of checking the weather each morning to see if it is going to rain. I try to use up the water in our buckets before the next downpour. I don't want to leave water in the buckets long enough for mosquitos to lay their eggs in there anyway.
But where to put the water?
I used my favorite water bucket to deep water my garden and the jujubees (alternating between them so the water could have a chance to sink in and not cause erosion.) A few of the buckets had lids so I left them for later (in case it doesn't rain.) Dan is in the process of installing a bigger cisterns that won't need to be completely emptied before the next rain.  Thank heavens!  All this bucket schlepping is killing me!
While I was out there, I also did a little damage control.  I made sure that the mulch was three inches away from the trunks of the trees so termites didn't get them. I was  careful not to disturb the white stuff (mycelium) that means that the soil is healthy.  I was also happy to see the little mushrooms around the big jujubee (that also means that soil is good.) Wow! The soil sure loves the rain! 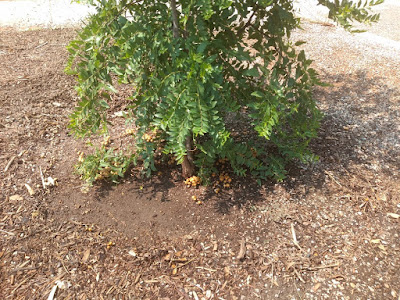 Checkout how these tiny "weeds" kept the mulch from washing out of the basin! The native grasses that lined our right of way basin also slowed down the storm water to prevent erosion! 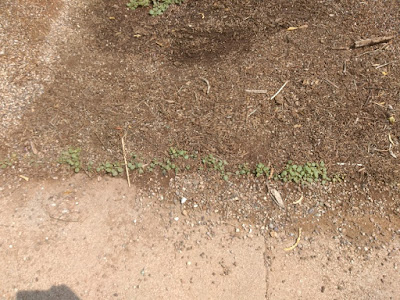 The roots of the native grasses and other desert plants work with the wood chip mulch to create a sponge to hold the water longer.  These so-called weeds are a vital part of our earthworks!