Planting the Rain: How we discovered the Watershed Management Group 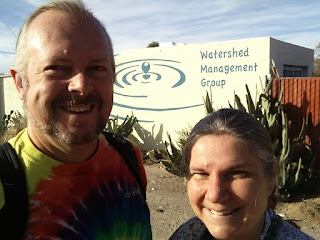 I first heard about the Watershed Management Group (WMG) shortly after returning to Tucson in 2013. As I was talking to people about growing native and locally-adapted plants here in the Sonoran Desert, WMG frequently came up in the conversation. I checked out their website and read some of their newsletters, but I didn't really understand the benefits of water harvesting in anything but an intellectual manner until I rode my bike around town on the Homescape Harvest Tour in 2014. (Click the map below to join me on the tour.) 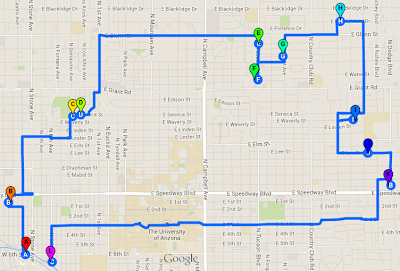 We set off on our odyssey from another Tucson treasure, Bicycle Inter-Community Art & Salvage (BICAS) and pedaled away to see what our neighbors were doing to harvest water in their own yards. 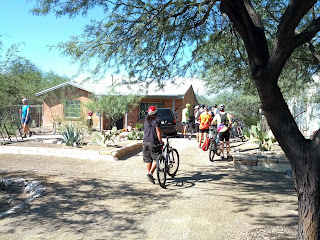 On the tour, I saw people doing truly amazing things with water harvesting...at a lot of different levels. In one case, it was little more than building up a berm between the house and the roof line to make sure the rainwater would flow into the small backyard garden, instead of flooding the foundation of the house. 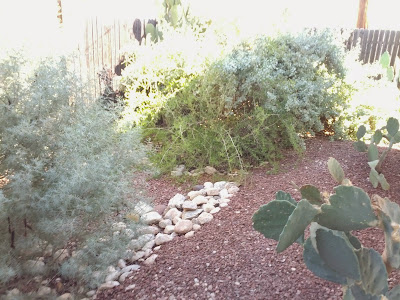 Another homeowner took the recycling approach: building a cistern, composting barrel, and chicken coop out of "junk" saved from the scrapyard. 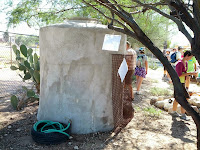 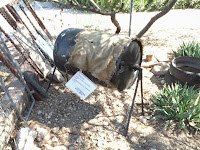 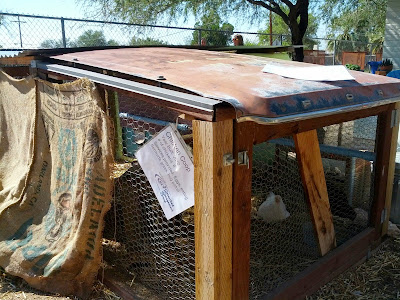 And, it's not just homeowners who were getting into the act: responsible businesses, like the Tucson Association of Realtors, installed curb cuts and catchment basins filled with native grasses and plants to reduce flooding in their parking lot and filter the pollutants out of the water before allowing it to settle in to help replenish our diminishing groundwater reserves. 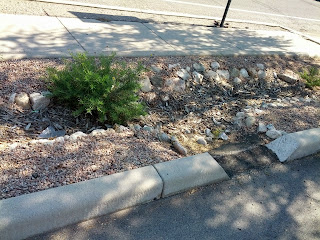 The Shipek house (Lisa Shipek is the Executive Director of WMG and Catlow Shipek is the Policy and Technical Training Director at WMG) was a true showcase of just how much is possible by taking a holistic approach to managing water and waste. While it will be a long time, if ever, before we get to the same point with our humble midtown home, it was incredibly inspiring. Whether it is the rainwater-sustained lush greenery that greets you from the street (a rarity in Tucson!) or the composting toilet and solar heated shower that we all had to line up to check out, there were so many great ideas in this one home alone, that I could easily write another blog post just about all the features of their oasis in the desert. 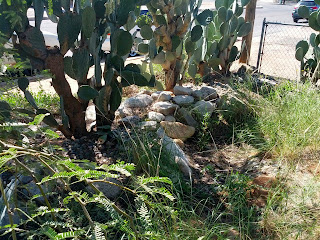 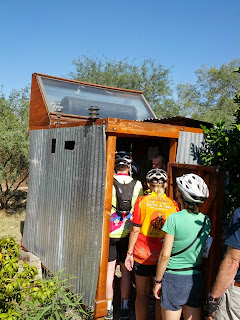 The tour wrapped up at the WMG Living Lab - the office, classroom, and demonstration site that is "home base" for the Watershed Management Group. 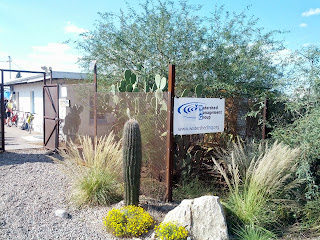 When the 2015 Homescape Harvest Tour rolled around, I knew I needed to bring Jana along with me. We started off our walking tour with the full tour of the Living Lab. 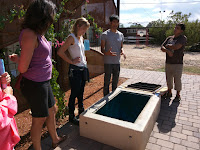 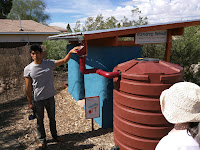 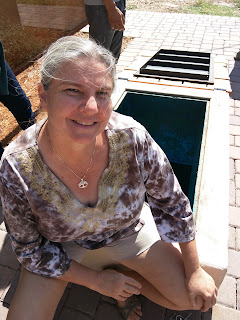 We also saw a really exciting example of a neighborhood coming together to convert a vacant lot that used to be full of trash and surplus equipment into a "pocket park." This neighborhood eyesore is well on its way to becoming a garden spot that the whole neighborhood can enjoy. Seeing what they are doing in the Palo Verde neighborhood has inspired us to consider similar projects in our own neighborhood. 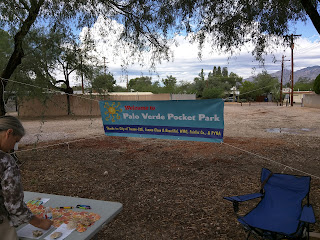 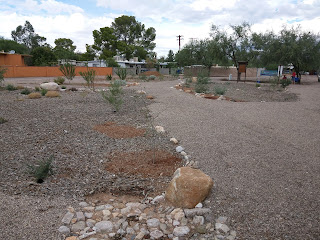 Jana and I are very excited about water harvesting and the Watershed Management Group. We have a lot to do to make our xeriscaped plastic sheeting and gravel Tucson yard into a desert food forest, but we're very excited about the challenge and the potential we see in our yard. And, with every workshop we attend at WMG, we get a lot more ideas to try to implement. We're ready to plant some water!