Harvesting and Prepping My Winter Garden for the Freeze

After some winter rain, we had our first frost and then deep freeze in Tucson with the temperature getting as low as 28 degrees at night. Yesterday I woke up to find frost on our purslane mulch and ice in the bird baths.
A few days before, I started harvesting and preparing for the hard freeze. It was past time to harvest my sunchokes (or as we affectionately call them "fartichokes.") The stalks and leaves were all dried up, and some of the roots were breaking through the ground and turning purple. 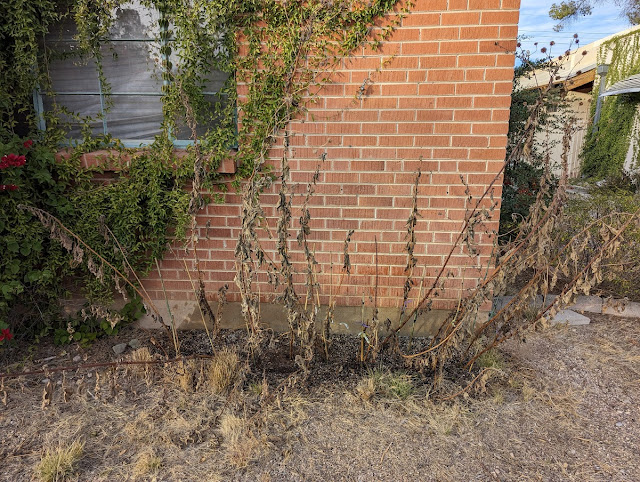 So I pulled the stalks up with the roots. Check out all the edible tubers!
I was so excited that I called my neighbor Julie over to look. She took this pic for me. 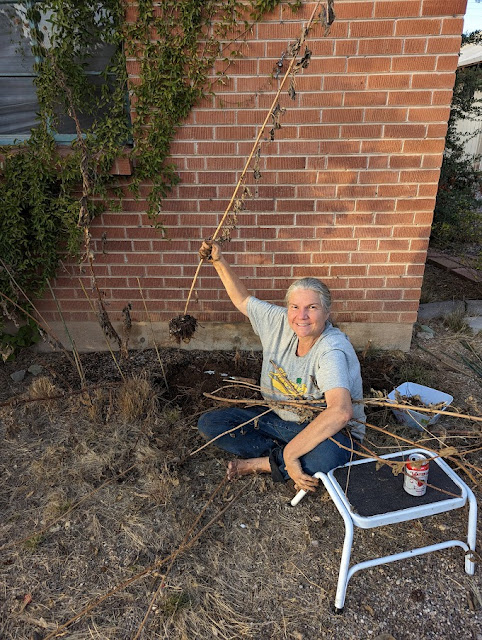 She got a taste of the oven-roasted sunchokes we made for dinner. 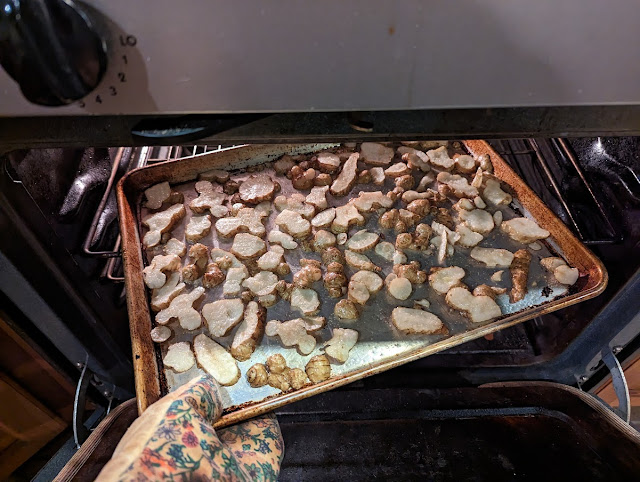 I also picked some red chiltepins (leaving some for the birds.) I had given the last batch to Uncle Rick. 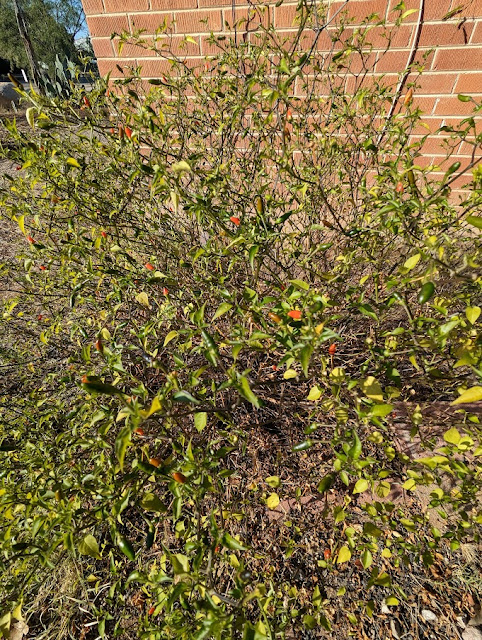 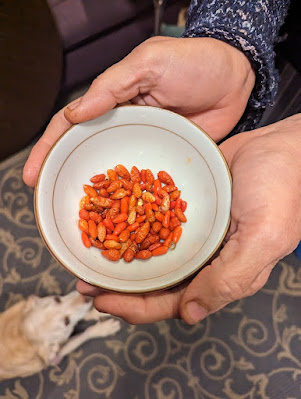 The next day I harvested most of the moringa tree and hung the branches out to dry for tea. 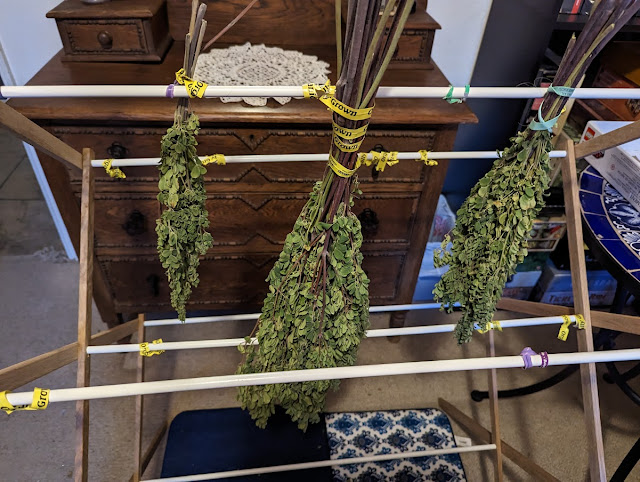 I grabbed some leaves and a handful of pods to make moringa soup (using broth I had made from kitchen scraps of onions, celery and carrots.) 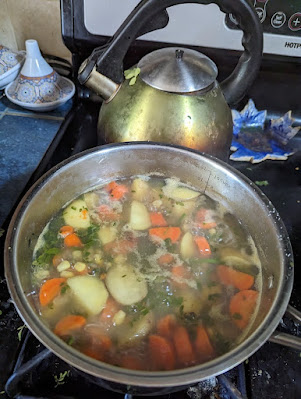 I'm afraid that didn't leave much left on our pour moringa. Just some of the smaller leaves, flowers and pods. See the leaves drooping after the freeze... I hope the seeds are still good in the bigger pods. From past experience I know that most of the trunks and branches will die in a hard freeze. We will eventually prune them down to about six inches. 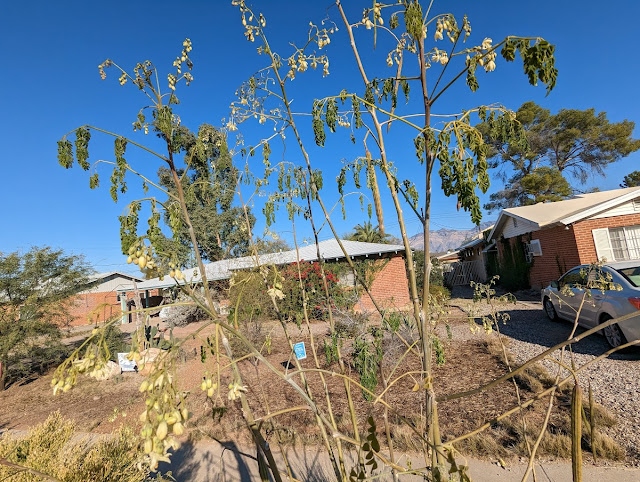 But don't worry, in the Spring they always come back from the roots. I like to give them the best chance by wrapping insulation around the bottom of the trunk. 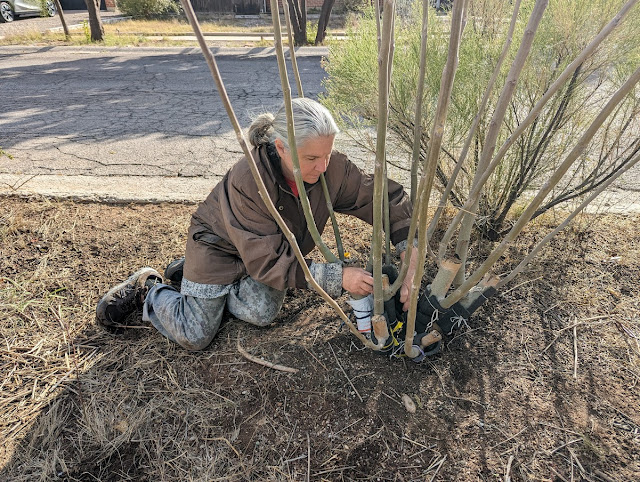 Next I tended our little winter garden.  I simply put a cloth over the cage that protects my basil from the birds and squirrels.  I didn't bother to cover the chard since it seems to do alright in the cold.  It is also protected by a canopy of palo verde branches and a wall on the other side.
Yesterday, at the Master Gardeners Winter Garden class, I learned that lettuce and carrots thrive in the winter. The teacher recommended that I keep the soil (not the plants) damp. 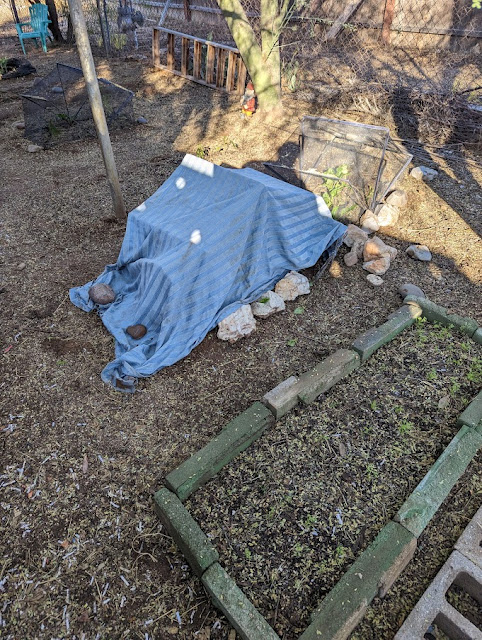 While I was at it, I also dug up some basil by the roots and planted them in a pot that I  brought into the house. (The day before I had sent one home with a friend who brought by his extra veggies from Produce on Wheels.) 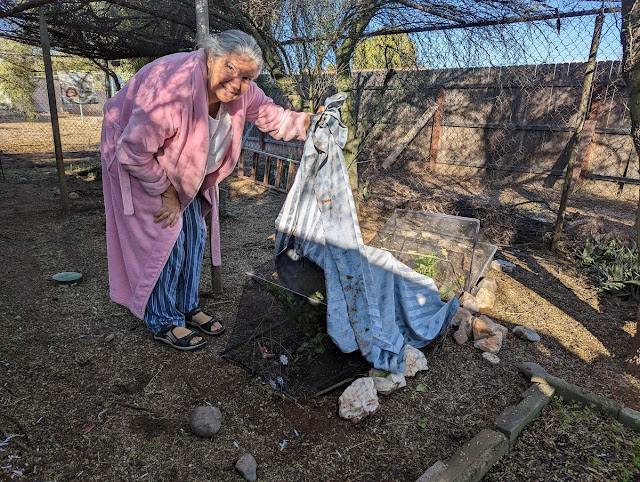 I left the cover off to get a little sun this afternoon.  (Oh! That reminds me I should go cover it!) 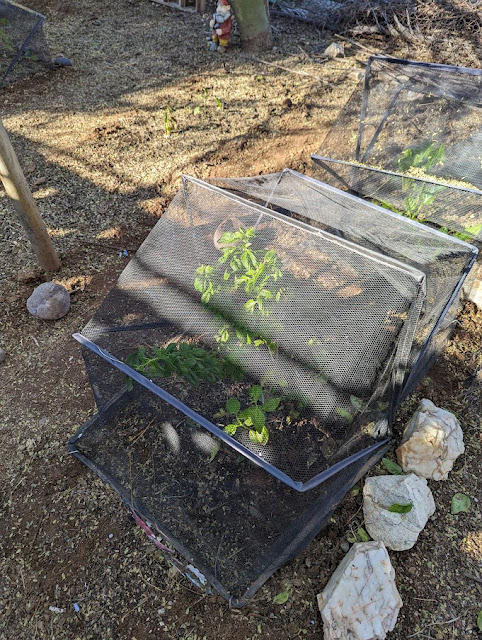 We have a tomato plant that still has some tomatoes on it. Looks like it's protected by the warmth from the south-facing wall. 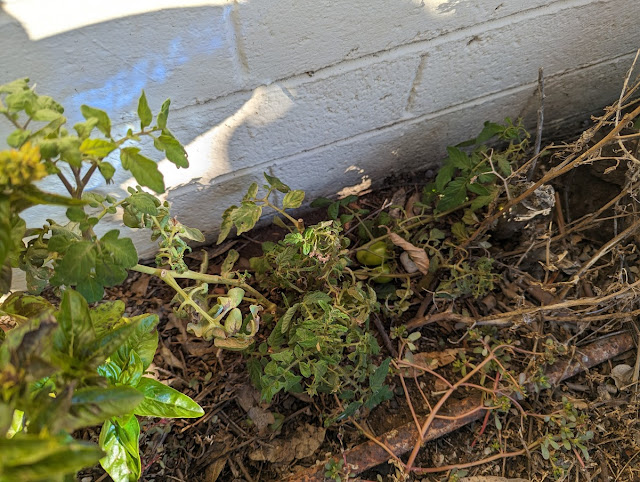 My curry plants are absolutely thriving in the cold. 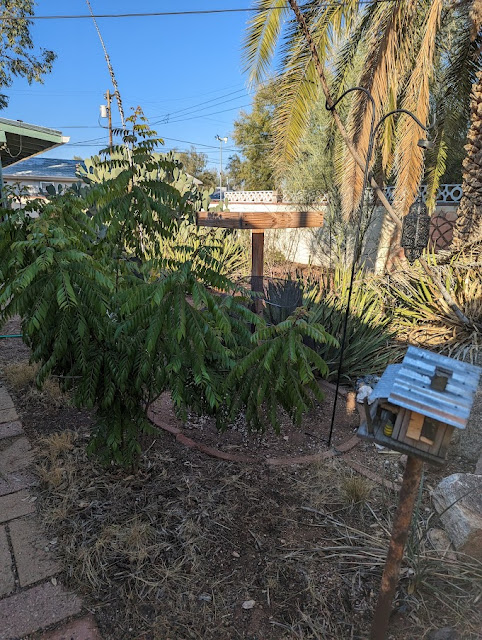 I learned that you shouldn't water cactus before a freeze. My bad. 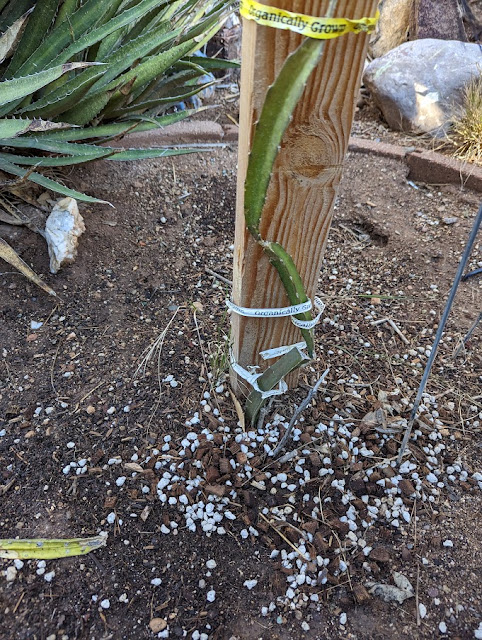 I also learned from the Master Gardeners class that you shouldn't fertilize the fig tree before the freeze because the new growth would be more vulnerable. I hope that doesn't include the veggie water and used tea leaves. I use to nourish the soil under our little fig tree. We have some nice mycelium in that soil. The instructor did recommend mulch to keep the soil warm. (But keep it two inches from the trunk of the tree.)

I was happy to hear that I didn't have to water trees that have gone dormant in the winter. 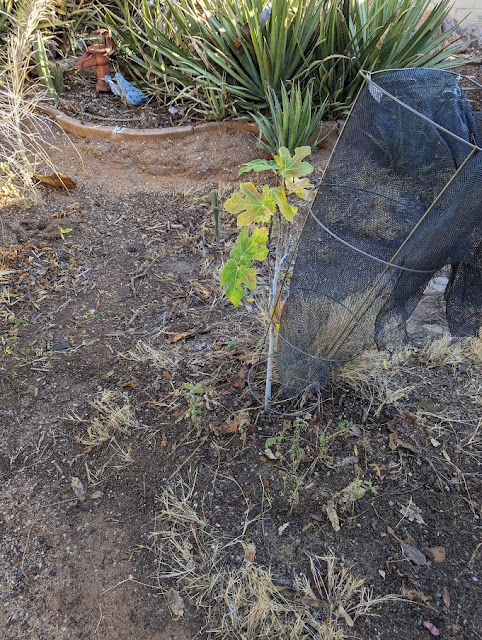 It's kinda nippy in here.  A nice cup of moringa tea with orange would really hit the spot! 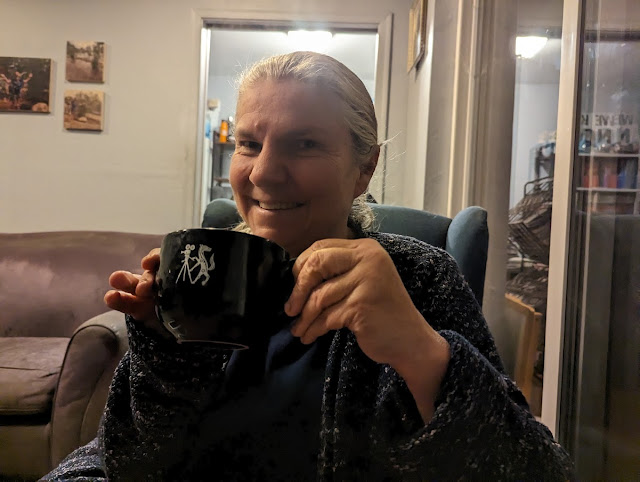 For the list of upcoming Master Gardeners classes, go to: