Investing Ethically: or Putting Our Money Where Our Blog Is. 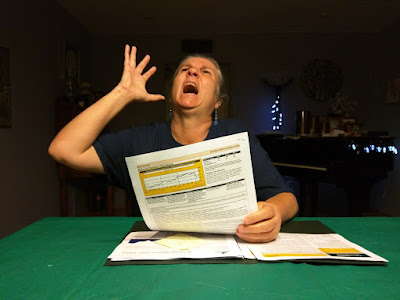 “The Bill and Melinda Gates Foundation has sold off its entire $187 million stake in oil giant BP, as well as its entire $824 million holding in ExxonMobil. BP posted a record $6.5 billion annual loss in February while ExxonMobil is under investigation about whether it lied in the past to investors about the threat of climate change.”

"Climate change poses the greatest threat to health in the 21st century, according to doctors, and to avoid catastrophic impacts, most known fossil fuel reserves must be kept in the ground. If the world’s governments succeed as promised and halt global warming, those reserves could become worthless, and divestment campaigners argue there are both financial and moral reasons for divestment." - The Guardian reporter Damian Carrington. 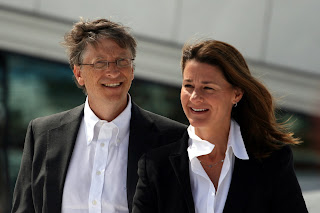 At the end of 20 years of marriage, I was awarded half of our 401K. After sending the investment company our divorce agreement, I received letters urging me to make a decision on what to do with my share: keep the 401K with the current investment company or change companies. I procrastinated because, to be honest, I didn’t like either of those choices – especially after so many lost their retirement money when Wall Street made risky investments. I was grateful to have the money, but I didn’t care for how it had been earned. Part of me wanted to take the money out and pay off the rest of the mortgage on our modest house. After faithfully paying $860 a month for twenty years, I still had 15 years to go. I didn’t want the bank to get another dime of my money! But Dan crunched the numbers, and discovered that the penalty and taxes for taking the money out early was equivalent to the interest I would pay in the remaining 15 years of the mortgage – assuming the 401K wouldn’t make any additional money!

It was either keep the 401k for another five years or suffer a huge loss. We half-heartedly accepted the help of a persistent financial adviser. He did the usual assessment of our investment objectives and how much risk we were comfortable with. I shuffled uneasily in my seat as he explained our moderate risk growth profile, which means 40-50% income investment (safe investments like bonds that return slightly above the rate of inflation, but aren't likely to lose value), roughly 30% long-term growth (blue chip stocks), and about 10-20% short-term growth investments (high yield, somewhat high risk, stocks).

About a week later, our adviser called, wanting to just “swing by” to drop off the prospectus he had worked out. I sat there in agony as we read over the list of companies that were the antithesis of everything we believed in: all the big pharma companies, all the big box companies, and every big energy company, including Exxon. There was no way I was going to invest in Exxon! We don’t even drive a car in an effort not to contribute to climate change! Apparently these big companies are included in most prospectuses because you could count on them to make big profits – never mind how unethically they did that. 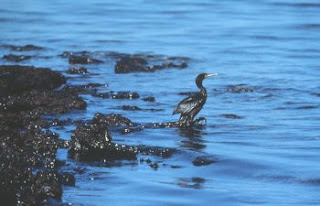 I explained to our poor adviser that it was less important that the fund grow than it was for us to invest in something we believe in. Were there possibly any “green” or “sustainable” companies we could invest in?

A few days later he dropped off the prospectuses of some “sustainable funds”. Flipping through their holdings, we saw they also included big pharma and even GE! GE represents everything we were fighting against. They use coal and water to power their plants, they got billions of dollars in subsidies and hid their profits overseas. They were on the list because they manufacture wind turbines in addition to their many not-so-green products.

Frustrated, I blurted out that if I had my way, I wouldn’t be investing in a broken system that rewarded CEOs with million dollar bonuses for firing and exploiting workers. Dan replied, “Unfortunately, that’s how capitalism works – by exploiting other people.” I exclaimed, “Then I don’t want to be in this system!” It was not going to be easy to invest ethically in a process where the actual system itself is the problem.

We tried another angle. What about socially responsible companies? Our persevering adviser really took on the challenge. He dug up two “socially responsible funds” for us to check out. One of them came highly recommended by his firm. But Dan looked it over and found many of the same companies we objected to in the growth funds. It appeared that the company’s priorities had shifted to making more money for its investors. The other company’s definition of “socially responsible” was Christian fundamentalist values. In other words, they would not invest in alcohol, tobacco, guns or companies with health plans that included birth control. Argh!

Back to the drawing board. Our adviser asked if we had any companies in mind. He suggested that we could put together our own portfolio including government bonds and individual companies of our choosing. Our adviser was really starting to get into it. He even enlisted the help of his assistant.

He e-mailed us the prospectus on a water fund. After reading it, we couldn’t figure out why he had chosen it. Just because it was a water fund, didn’t mean it was necessarily sustainable. We certainly didn’t want to invest in a company that would exploit Native Americans or destroy their aquifers to get to it. He read their mission over the phone, “We have a team of analysts dedicated to environmental, social and corporate-governance research, including environmental technology, science, policy and issues of sustainability. In addition, our unique Grassroots Research platform combines an in-house staff, over 300 independent researchers and more than 50,000 industry contacts to gather on-the-ground market intelligence.” We were sold. We had 20% of our portfolio right there. 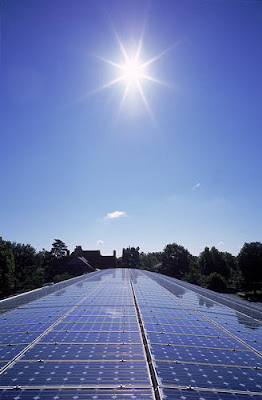 With our adviser on the phone, me on my computer and Dan on his, we googled social justice companies and brainstormed companies that treated their employees well. Dan looked up their reputation for being socially responsible and sustainable and shared his expertise on the big computer companies. Our adviser made sure they were public companies, and let us know how they were doing in the market. (We were disappointed to find that Trader Joes and Ben and Jerry’s weren’t publicly traded and that most B Corp funds aren’t rated high enough to be sold by our adviser.) In addition to recommending companies that reflected our principles, it was our financial adviser’s responsibility to make sure the companies were solid and had growth potential. Together, we cranked out the rest of our portfolio in no time at all.

What we ended up with was a mix of "income securities" - mostly government and some private bond funds. The rest is "growth securities:" the water investment mutual fund and a portfolio of stocks we chose ourselves including two solar companies and companies that treat their employees well. We’re still not entirely comfortable with our role in securities markets that are the engine that drives so much inequality and environmental destruction worldwide. But we did do our best to make sure that our investment will do as much good as possible in our current economic system. Sometimes, that’s the best you can do.
Posted by Jana Segal at 8:39 PM